It’s OK to make a mistake

Ever told someone else that but never quite believed it was OK for you to make a mistake? I was like that for years, beating myself up when I messed up, always trying to learn from my mistakes but never quite getting out of the habit of making them.

And I still make mistakes now, but what I’ve learned over the years is that it’s how you react to them that counts. We messed up with BuBul: better business building when we had to migrate it soon after launch and some bits fell off during the journey.

It meant some customers had a really bad first experience. But we told them straightaway, got it sorted and gave them free access for life as an apology.

And you know it’s worth it when one of them sends you an email that reads “you have a FANTASTIC product and with the launch of any new software, people expect glitches…the experience wasn’t rubbish, it was just confusing, and the response and the fixing of it has been wonderful, so the only feeling I am taking away as I am sure others will, is its a great product with some great people behind it”.

So, if you do mess up, fess up and fix it – that’s the way to keep loyal customers! 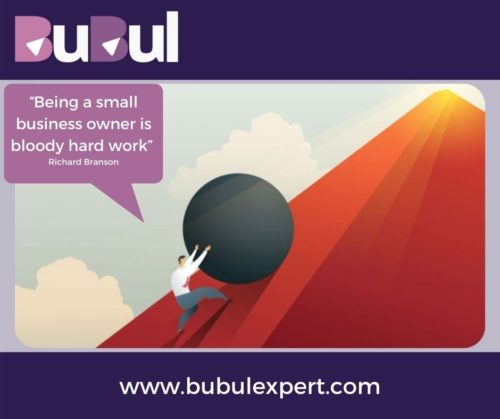